by Gemma Church
PhysicsAugust 20, 2019
The force that can attract (pull closer) or repel (push away) magnetic objects 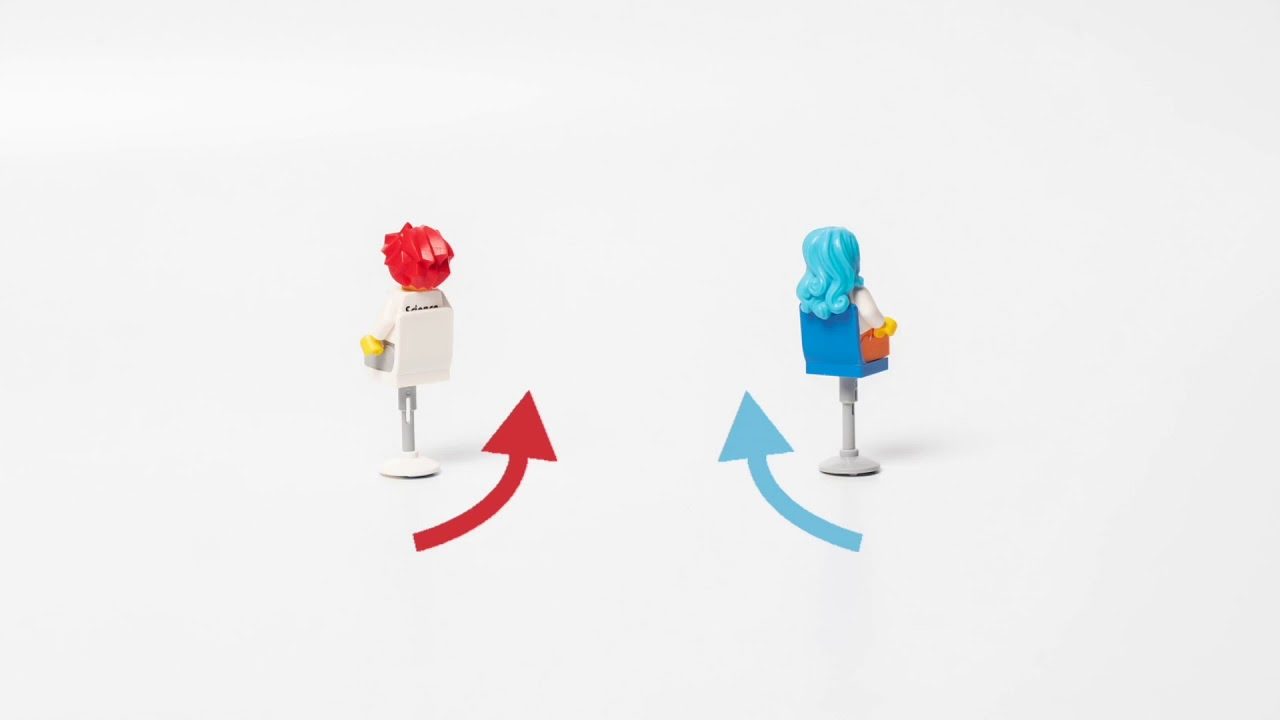 Magnetism is a force that can attract (pull closer) or repel (push away) magnetic objects.

All magnets have two poles (ends) – the north pole and the south pole.

Magnetic poles almost always appear in pairs. If you cut a magnet in half, each half would still have a north and south pole. 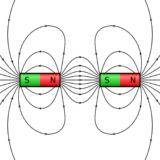 If the lines are closer together, they are stronger. Magnetic fields are strongest at the poles.

In an atom, electrons have a negative electric charge. Electrons spin on their own axis to create a small magnetic field. The strength of this magnetic field is called a magnetic moment.

There are two types of electrons in an atom: bound and free electrons.

In most substances, there are pairs of bound electrons. Bound electrons are bound (stuck) to individual atoms. The two electrons spin in opposite directions, which cancels out their magnetism (as shown in the above LEGO video).

If all the magnetic moments of the electrons do not completely cancel out, the atom will act like a tiny magnet.

To turn something into a magnet (magnetise it), you need to put it in a magnetic field.

There are two types of magnets: permanent and temporary magnets.

You can further divide a material’s response to a magnetic field into one of five basic categories of magnetism:

Magnetism is used in a wide range of applications (places).

Many computers use magnets to store data. Magnets are used in electric generators to turn mechanical energy into electricity (and vice versa). They can sort recyclable materials and mining materials.

In medicine, we use Magnetic Resonance Imaging (MRI) technology to scan the human body and diagnose disease. Magnets can also eradicate and detect cancerous cells.

In transport, Maglev trains use magnetic fields to propel and levitate these superfast trains. While using magnetic compasses is an established concept, scientists are also trying to understand if animals use the Earth’s magnetic field to navigate.

Did you know the Earth is one giant magnet? Its solid iron core is surrounded by a molten layer of iron. This churning iron creates a magnetic field. But it’s very weak (about 1,000 times weaker than a bar magnet). We call the magnetic fields around planets magnetospheres.

Magnets always have two poles – but we do not understand why a magnetic monopole (single pole) does not exist. However, some theories do predict their existence. The MoEDAL experiment at the Large Hadron Collider at CERN is currently looking for magnetic monopoles.

You may have heard of dark matter and dark energy, but scientists recently put forward the idea of dark magnetism. Dark magnetism could help scientists explain why the universe is expanding.

Magnetism is a really complicated topic. This is a great crash course on the topic:

The largest and highest-powered magnet laboratory in the world.

With 36 informative video lectures on electricity and magnetism.

An introduction to magnetism from the “Very Short Introductions” series.