by Gemma Church
PhysicsAugust 21, 2019
A continuous band of energy that radiates (travels out) of an object 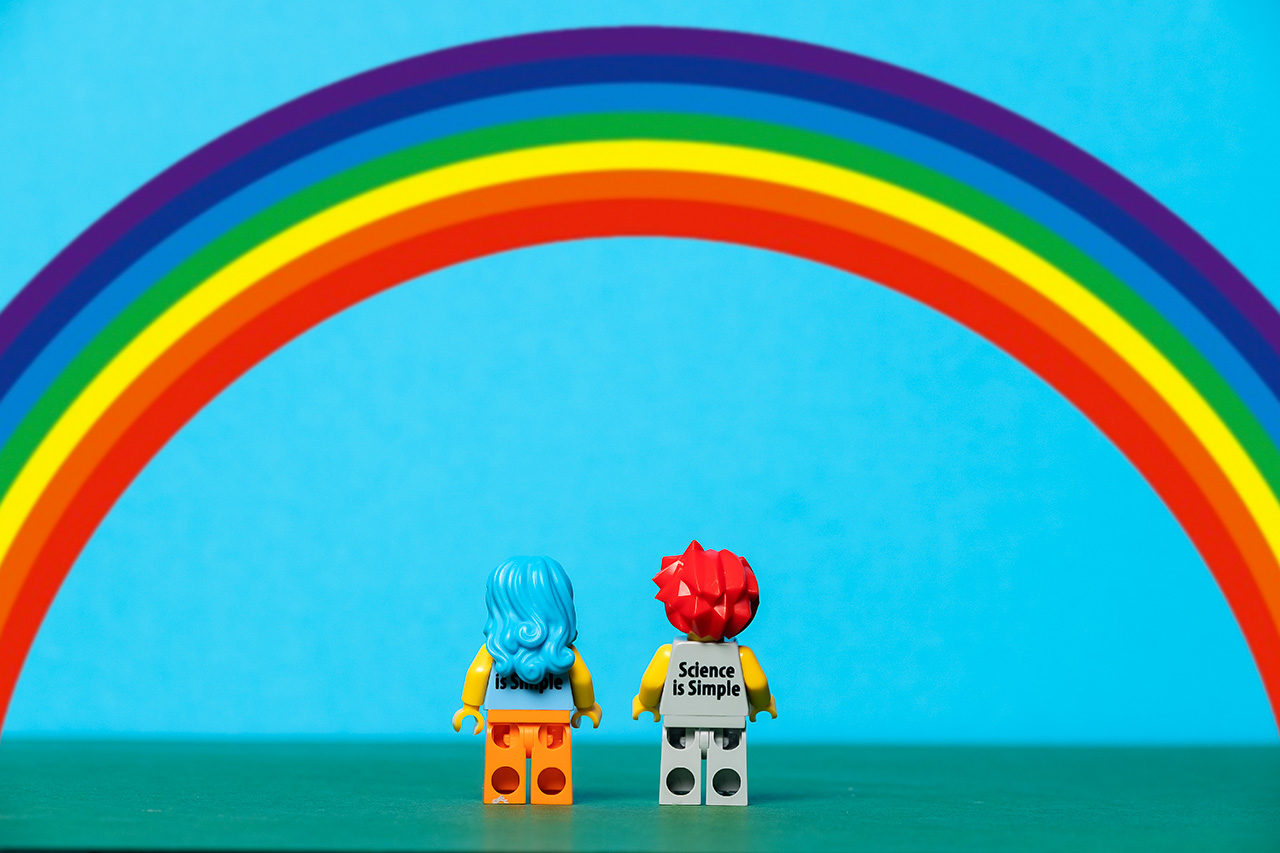 What is the electromagnetic spectrum?

But when we talk about light, we’re not just talking about the light that you can see. That’s a tiny portion of all the light in the universe.

Light is a wave of alternating electric and magnetic fields. As with other waves, we often describe light by its wavelength, which is the distance between the peaks of one wave and the peak of the next wave.

But a vast range of light exists with wavelengths that are much shorter and longer than our eyes can see.

If we could see the entire electromagnetic spectrum, the rainbow would fill the sky.

The electromagnetic spectrum is a continuous band of energy that radiates (travels out) of an object. It is broken up into different portions, depending on the wavelength.

These different portions are used for different things in our everyday lives:

Scientists also use the electromagnetic spectrum to measure a vast range of phenomena in our universe.

They use radio waves and microwaves to look inside dense clouds of interstellar dust (that we couldn’t penetrate with visible light). Radio telescopes can map the structures of galaxies and observe stars like pulsars and quasars. Microwave telescopes have been used to map the structure of the universe shortly after its creation (detecting something called the Cosmic Microwave Background Radiation).

Infrared telescopes are used to find cool stars and see through interstellar dust bands. UV light is used to find regions of space where energetic stars live or regions where stars are being born.

Our atmosphere absorbs X-rays and gamma rays. But astronomers have used X-ray and gamma telescopes in space to investigate some of the universe’s most extreme events. These include neutron stars, black holes and supernovae.

That’s a lot of celestial bodies – we’ll be covering those in more detail the weeks ahead!

Observatories across the electromagnetic spectrum

NASA explains how its telescopes study objects in space.

What can we learn from the electromagnetic spectrum?

The Conversation – articles on electromagnetic radiation

The latest news and research on the electromagnetic spectrum